In his latest release BRAVO TROLL! Mathas addresses the effects of cyberbullying on mental health and resilience.

Mathas is lending his track, artwork and lyrics to educators and students across Australia to remix and contribute to bullying prevention education.

Not only that… Mathas has recently released a new EP with six Bravo Troll remixes courtesy of Trials (A.B.Original/Funkoars), Joelistics, Tobacco Rat, Diger Rokwell, Branford and Boost Hero. And these legends are donating all the proceeds of the release to The BULLY Project.

“I decided to donate the proceeds from the sale of this remix EP to The BULLY Project because they’re making powerful moves to curb anti-social behaviour in kids, the kind of program I wish was around when myself or friends were in school.” – Mathas 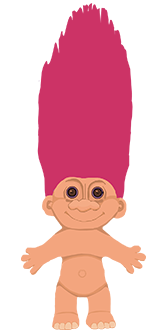 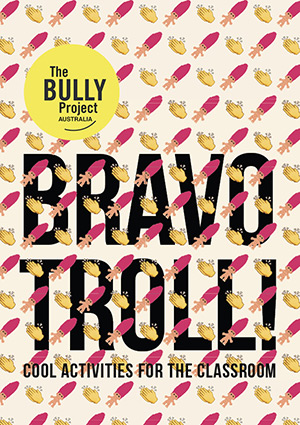 We’ve created a classroom resource based on his new track- pairing reflection and analysis activities with remixing and digital activities to get your classroom buzzing. Let me at it! 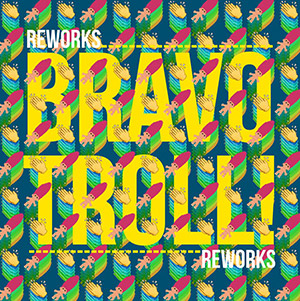 Mathas is donating all proceeds from the Bravo Troll Reworks EP to The BULLY Project Australia. Featuring reworks from Trials (A.B.Original/Funkoars), Joelistics, Tobacco Rat and Diger Rokwell. Give me more please...

Bravo Troll explores the folklore of the storybook troll while drawing a link to its modern internet equivalent. As Mathas’ explains: “Once upon a time the Troll would hide under the bridge and threaten you on your way to the greener grass on the other side. Little has changed, only nowadays his intentions are a little less obvious.”

Described as “whipsmart verses teamed with a brilliantly retro-futuristic soundscape” (Nat Tencic), Bravo Troll! explores the roller coaster of emotions tied with releasing art into this modern world, onto the internet for public broadcast and public scrutiny.

Mathas describes how the abuse received by online trolls takes affect and something you were once so sure of is catapulted into the realm of self-doubt. Mathas describes how internal struggles can be amplified by being constantly interconnected with the rest of the world via a device.

Likening the internet troll to the Nordic storybook troll from Three Billy Goats Gruff Mathas uses metaphors and visual ideas to describe the hunger and cruelty that trolls unnecessarily inflict to bring you down. Asking the fundamental question of why cruelty has become so accepted in human nature, Bravo Troll! begs us to be respectful, as we are all one species, all trying to survive together on one planet.

…it seems there’s a really important push in the world at the moment, where people are rallying around the need for early education in order to alter systemic negative perspectives/behaviour. I think The BULLY Project is a movement of great importance, particularly at this time where our lives are growing increasingly more digital.

Perth rapper Mathas is the kind of modern, multi-faceted artist that is difficult to pin down with any rigid genre boundaries. A ferociously talented songwriter, producer, poet and performer, the genre-bender’s accolades include being the first ever rap or electronic artist to win the WA Music Industry’s coveted Song of the Year award, being named in Triple J presenter Dom Alessio’s Top 10 tracks of 2013 and winning the 2012, 2013 and 2014 WAM Award for Urban Act of the Year.

But it’s without doubt the dense, Swiss-watch like intricacy of his lyrics and beats that have captured the attention of music lovers of all genre persuasions. The son of a painter, Mathas (or Tom Mathieson as his grandma calls him) is the kind of artist that is constantly observing, lifting the worlds’ trapdoors and pointing out the cogs and inner working of our culture.

Named by triple j as one of their Next Crop Artists, Mathas released his sophomore album Armwrestling Atlas in 2015 through Big Village Records & The Community Records, the follow up to his highly-regarded debut 10lb Hairless Sasquatch. A highly personal project that took five years to manifest, Armwrestling Atlas sees Mathas handle the majority of production, recording, mixing as well as hand-painting the albums artwork. 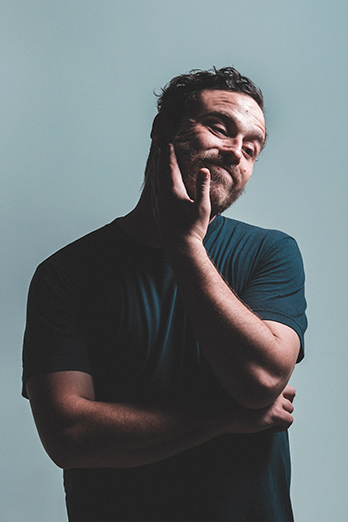 What’s in the kit?

We’re offering for you to Name Your Price for the Bravo Troll Classroom Activities Kit. All funds raised go back into creating more awesome resources and experiences to reduce bullying in Australia. Your support lets us know that you would like us to keep it up.
GET THE RESOURCE

Following the release of his latest single ‘Bravo Troll’, Mathas has enlisted a diverse selection of producers to bring their take to the track. This is the first time Mathas has opened up his music to reinterpretation, and it doesn’t disappoint. Featuring reworks from the likes of Trials (A.B.Original/Funkoars), Joelistics, Tobacco Rat and Diger Rokwell, the EP brings Bravo Troll into alternative realms adding to the singles original narrative.

The release of the ‘Bravo Troll’ Reworks EP will see Mathas donate all proceeds from the release directly to The BULLY Project Australia.

Mathas was inspired to get behind The BULLY Project Australia because “it seems there’s a really important push in the world at the moment, where people are rallying around the need for early education in order to alter systemic negative perspectives/behaviour. I think it’s a movement of great importance, particularly at this time where our lives are growing increasingly more digital.

I decided to donate the proceeds from the sale of this remix EP to The BULLY Project because they’re making powerful moves to curb anti-social behaviour in kids, the kind of program I wish was around when myself or friends were in school.”

CHECK OUT THE RELEASE HERE

The BULLY Project Bravo Troll! Classroom Activities by The BULLY Project is licensed under a Creative Commons Attribution-NonCommercial-NoDerivatives 4.0 International License.
Based on a work at http://thebullyproject.com.au/bravo-troll/.

Bravo Troll! assets for the classroom, including music track, lyrics and cover art by Mathas is licensed under a Creative Commons Attribution-NonCommercial-ShareAlike 4.0 International License.
Based on a work at http://thebullyproject.com.au/bravo-troll/.

HELP! I’M BEING BULLIEDGET THE SCHOOLS TOOLKITDONATE TO THE BULLY PROJECT